IT EN
LIVING ON THE EDGE
Master plan in Chioggia
The site of the urban redevelopment is part of a lagoon context. Is located in fact in the most extreme south of the Venetian lagoon. We are therefore faced with a continuous relationship between water and inhabited that has led us to a strategic approach where water, the streets, the squares and the new embankment become the elements of ''sew'' of the new dwelling built with the existing buildings along Madonna Marina. The project area is between the lagoon and the curtain Lusenzo built facing the street Madonna Marina.
From a morphological analysis of Chioggia and Sottomarina has been noted in both a stripes urban typology perpendicular to the lagoon. Between the new buildings are located little squares. This has led to a design approach on the new area of Ghezzi through a series of ''buildings tongue'' perpendicular to the lagoon. Conceptually, the new project reflects the vision of a modern &quot;embankment&quot;. The embankment, ugly in the past, had the function to repair the city from flooding from the sea. The ''new sea wall'' in question protects the park from the new road vehicular attributing a particular intimacy with the lagoon Lusenzo. The park is divided by many green islands cuted off by water canals.
buildings pattern 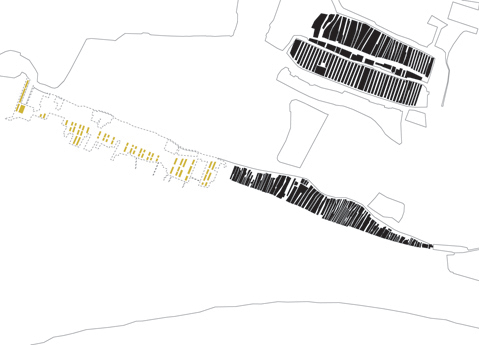 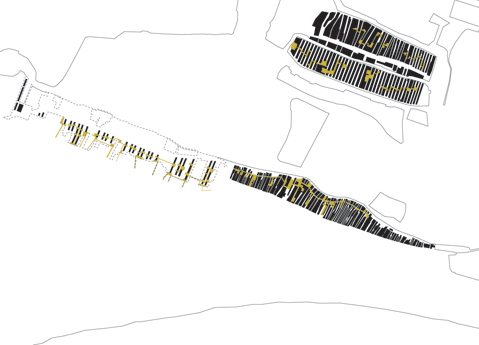 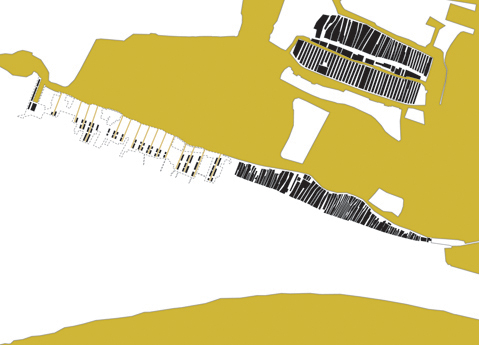 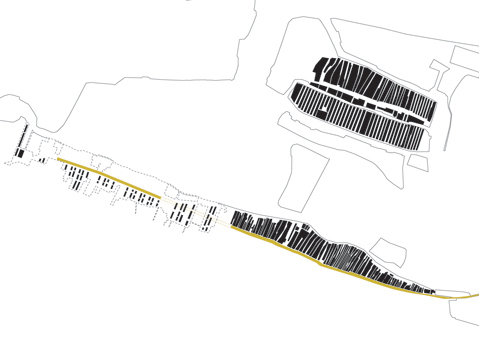 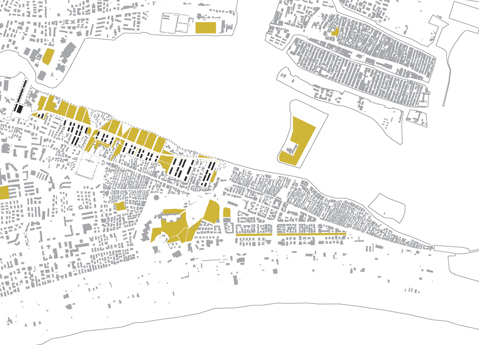 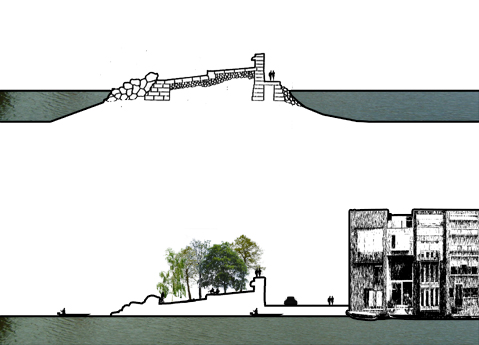 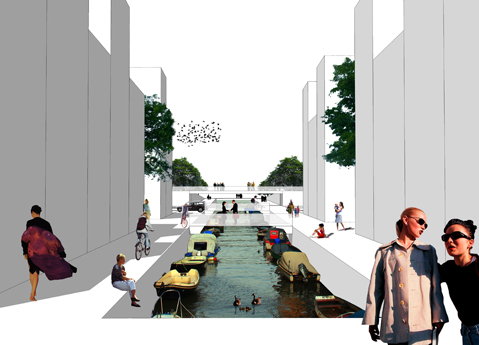 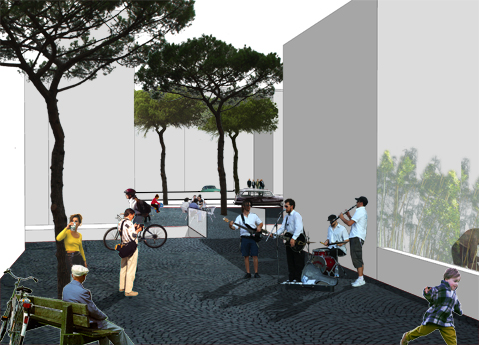 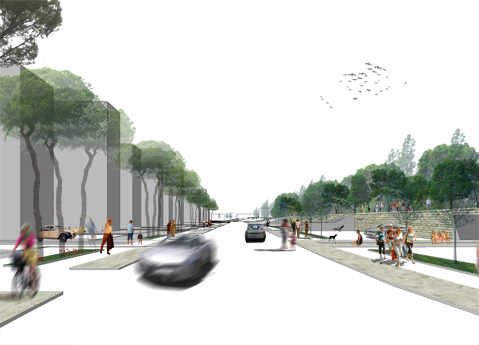 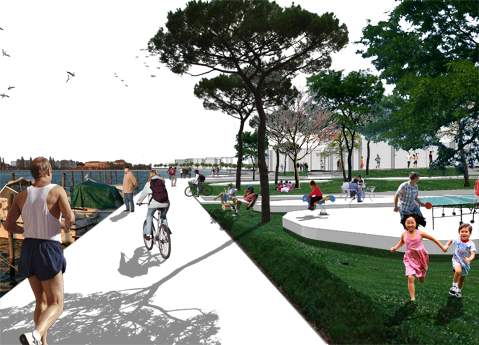 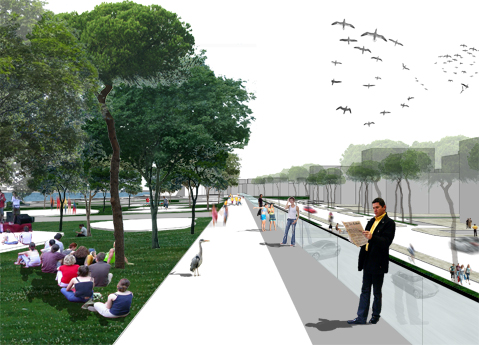