IT EN
CHINE' HOUSE
Attic renovation
The renovation is located inside a wing of a historic building from the early sixteenth century, now bound by the superintendence.
More precisely, the intervention is located in an attic of the wing behind the palace.
Cause the earthquake, a wing of the building has suffered extensive damage causing structural deficiencies. The new design has seen such a complete structural consolidation to reduce the bond of seismic vulnerability and a total reorganization plan.
Structurally it has intervened on the floor and on the perimeter walls with minimally invasive systems agreed with the supervision.
Architecturally have been revised completely the two units. The first apartment has large compartment that compound a kitchen area and living room. This space communicates with the sleeping area by an ''invisible door'' that leads to a small hallway.
The second apartment has a low floor entrance that connects directly to the living area and the sleeping area.
The materials used in flooring are natural oak combined with a gray stoneware cement.
Some areas of the apartments have differents height for functional architectural and for plant reason. All the air conditioning is on the floor.
The entire ceiling was made with plaster according to the pitch shape of the roof.
plan 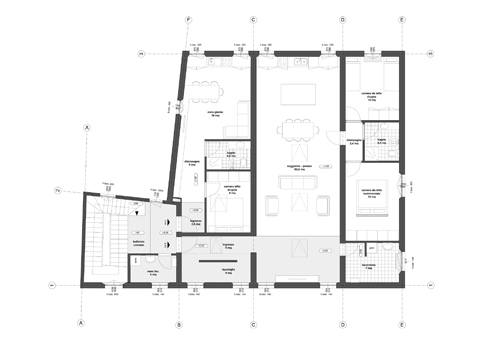 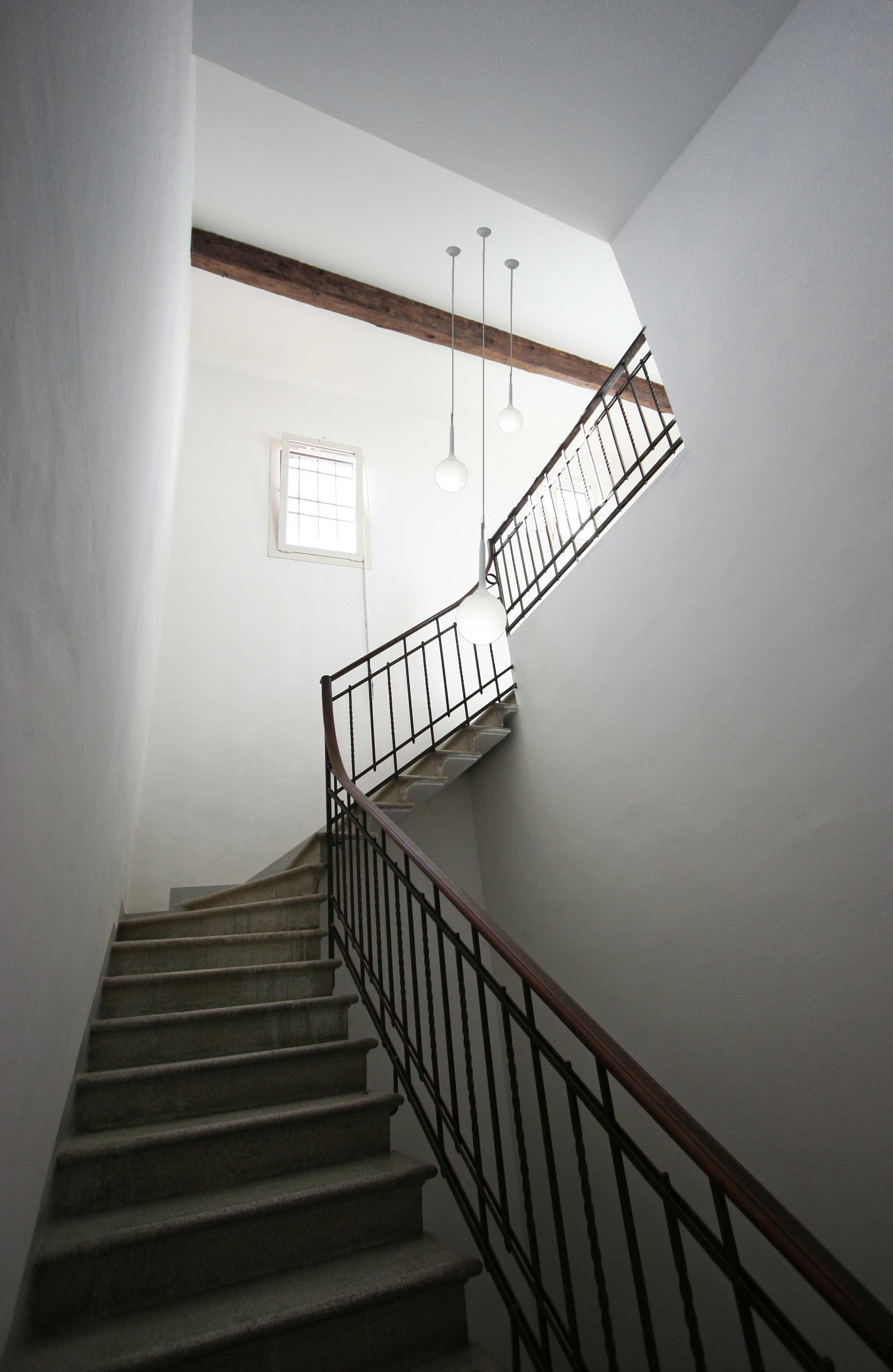 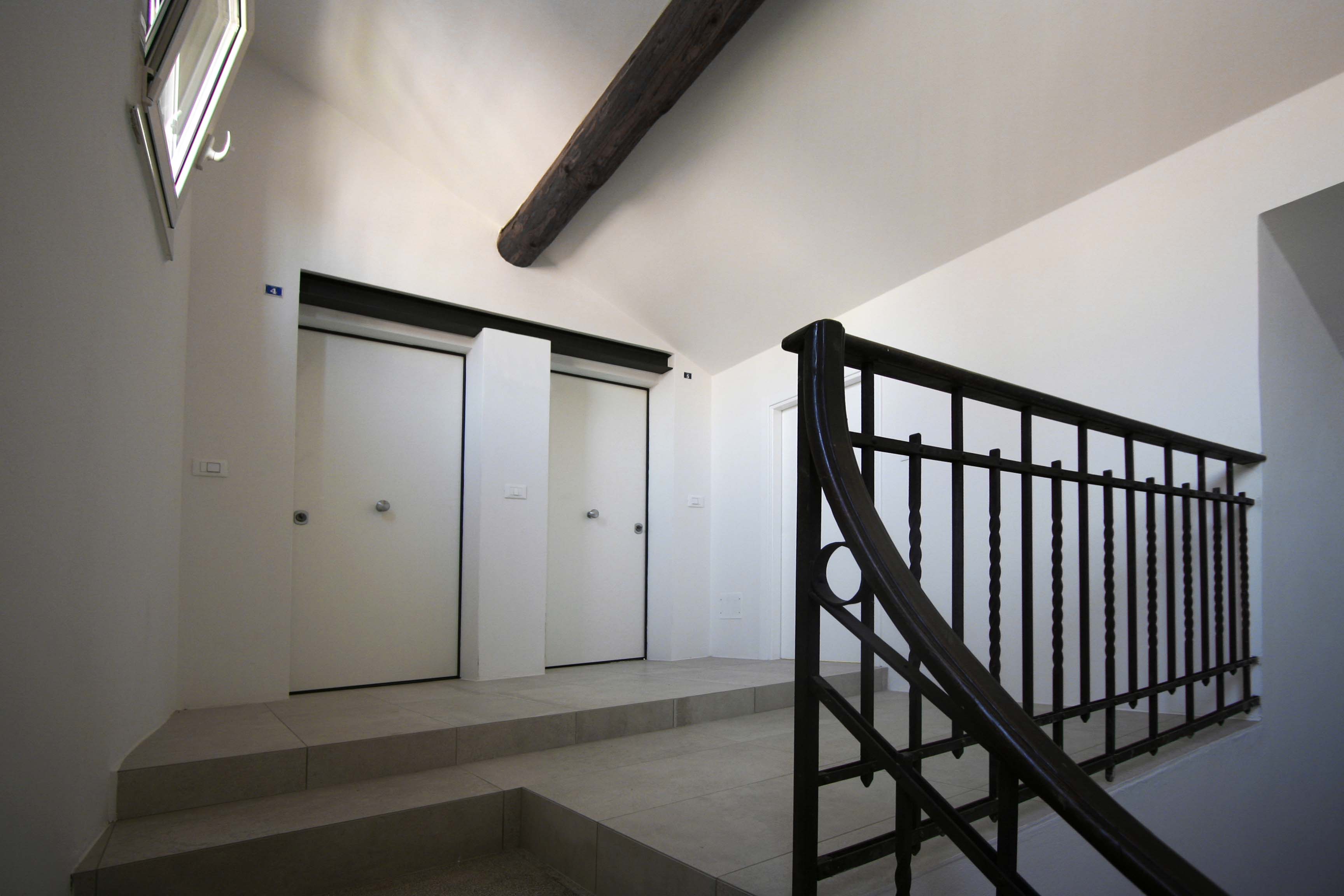 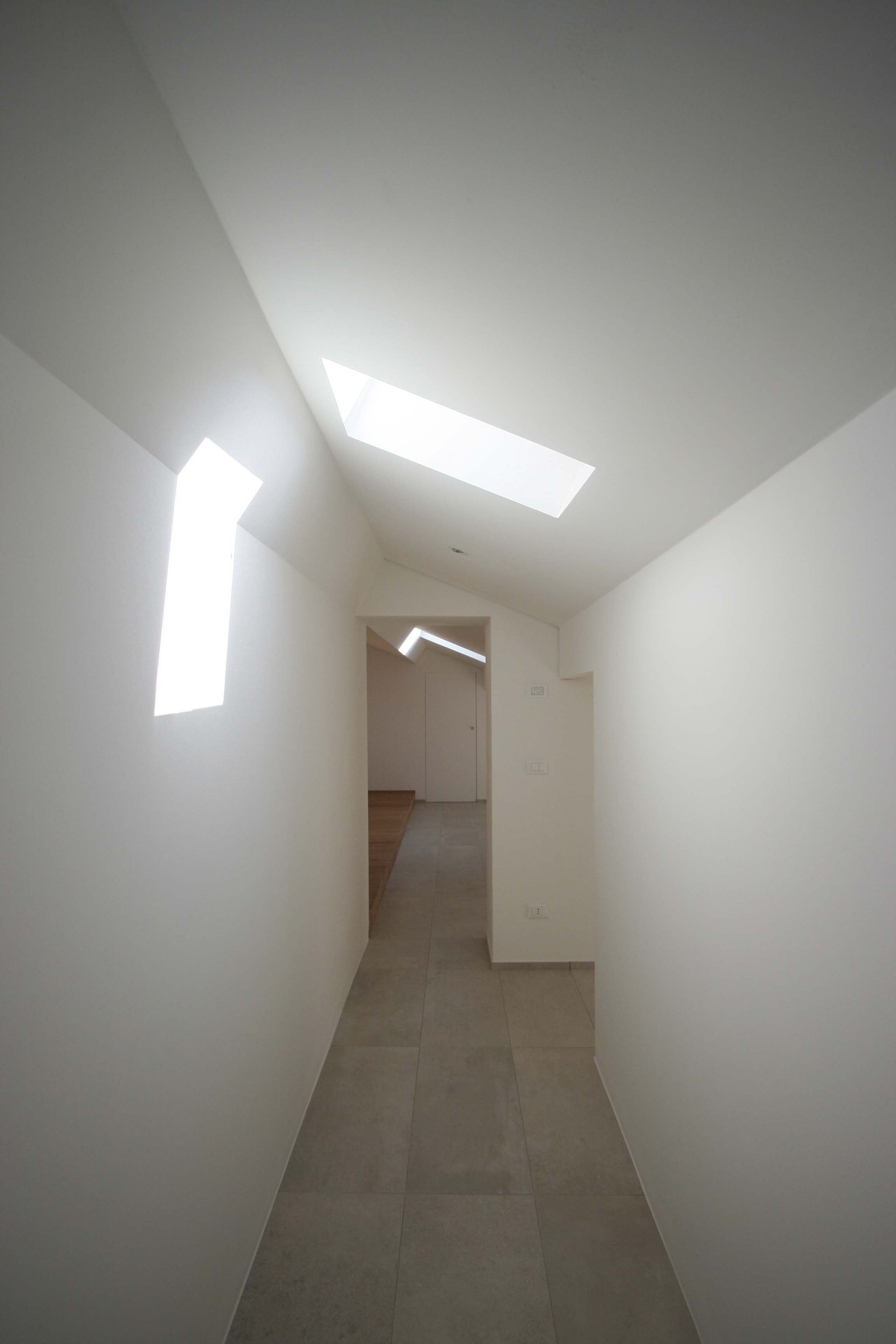 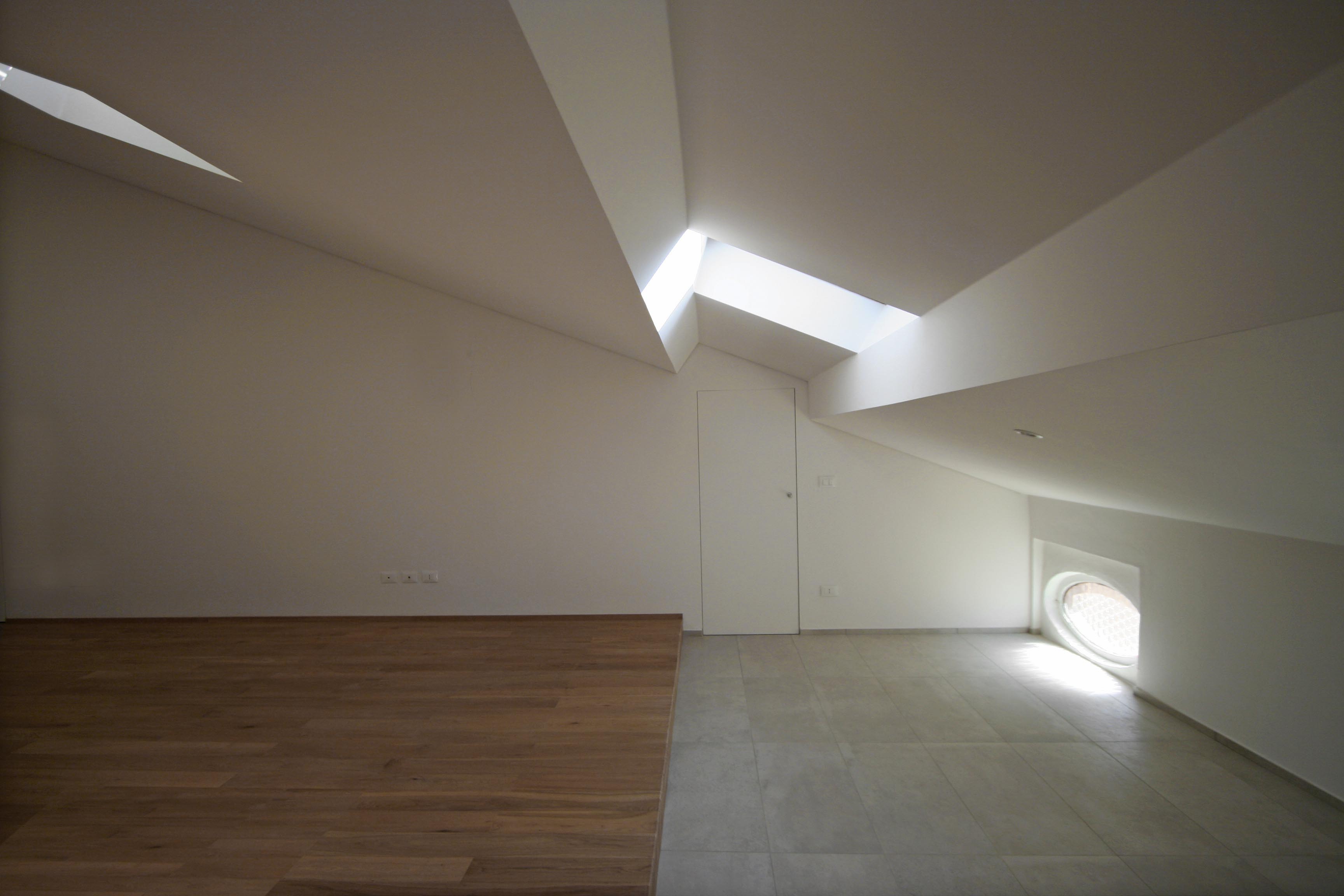 view towards the entrance 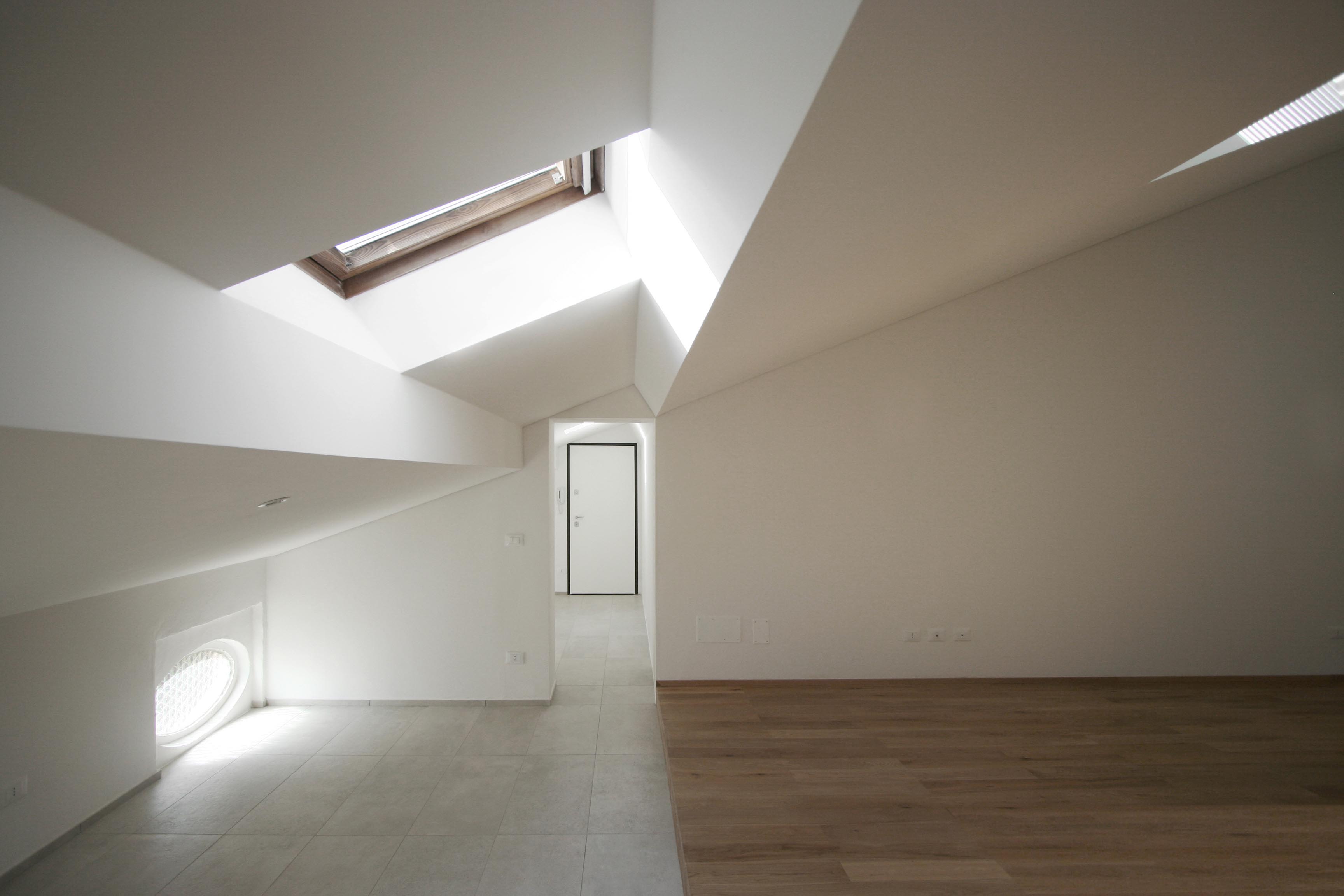 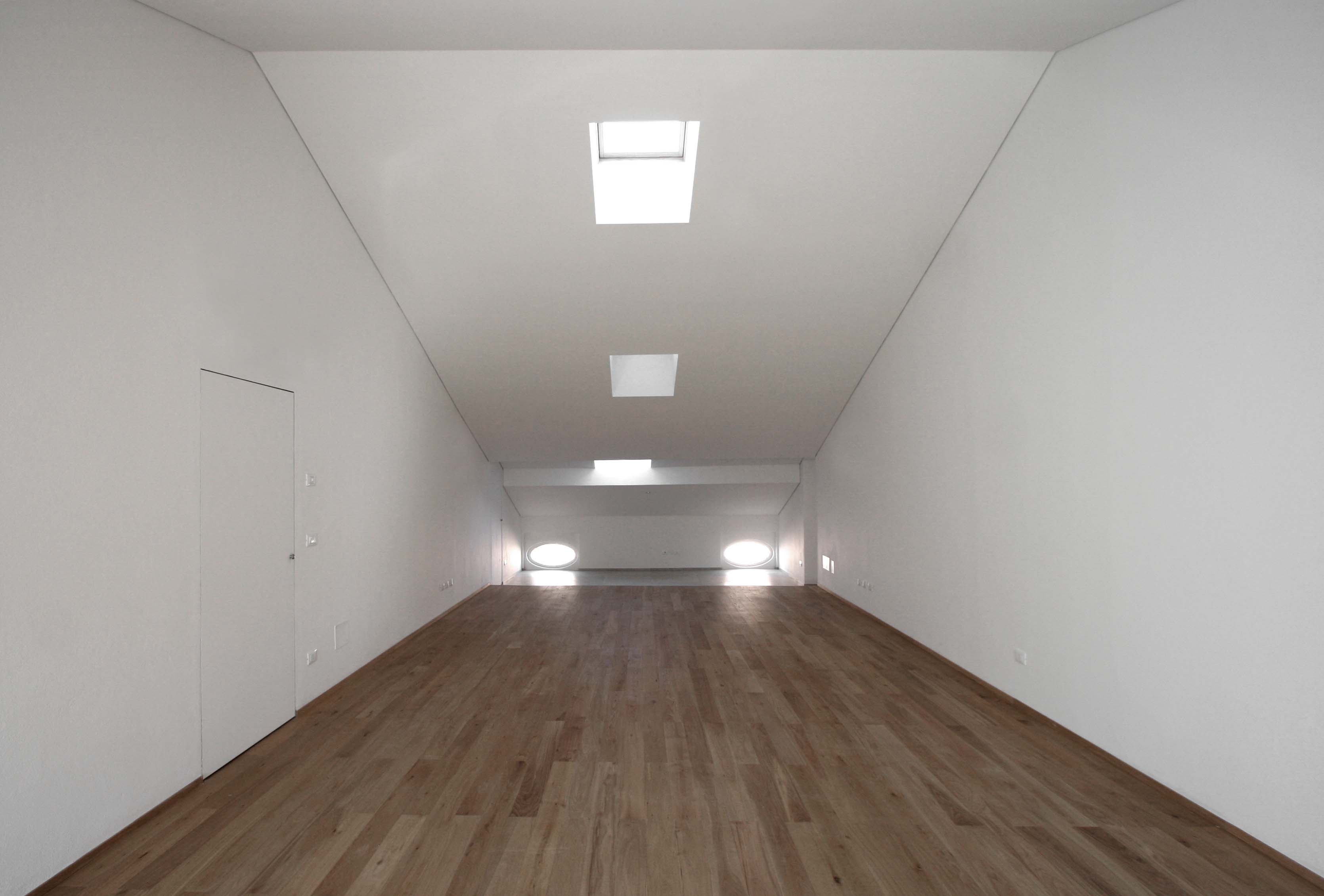 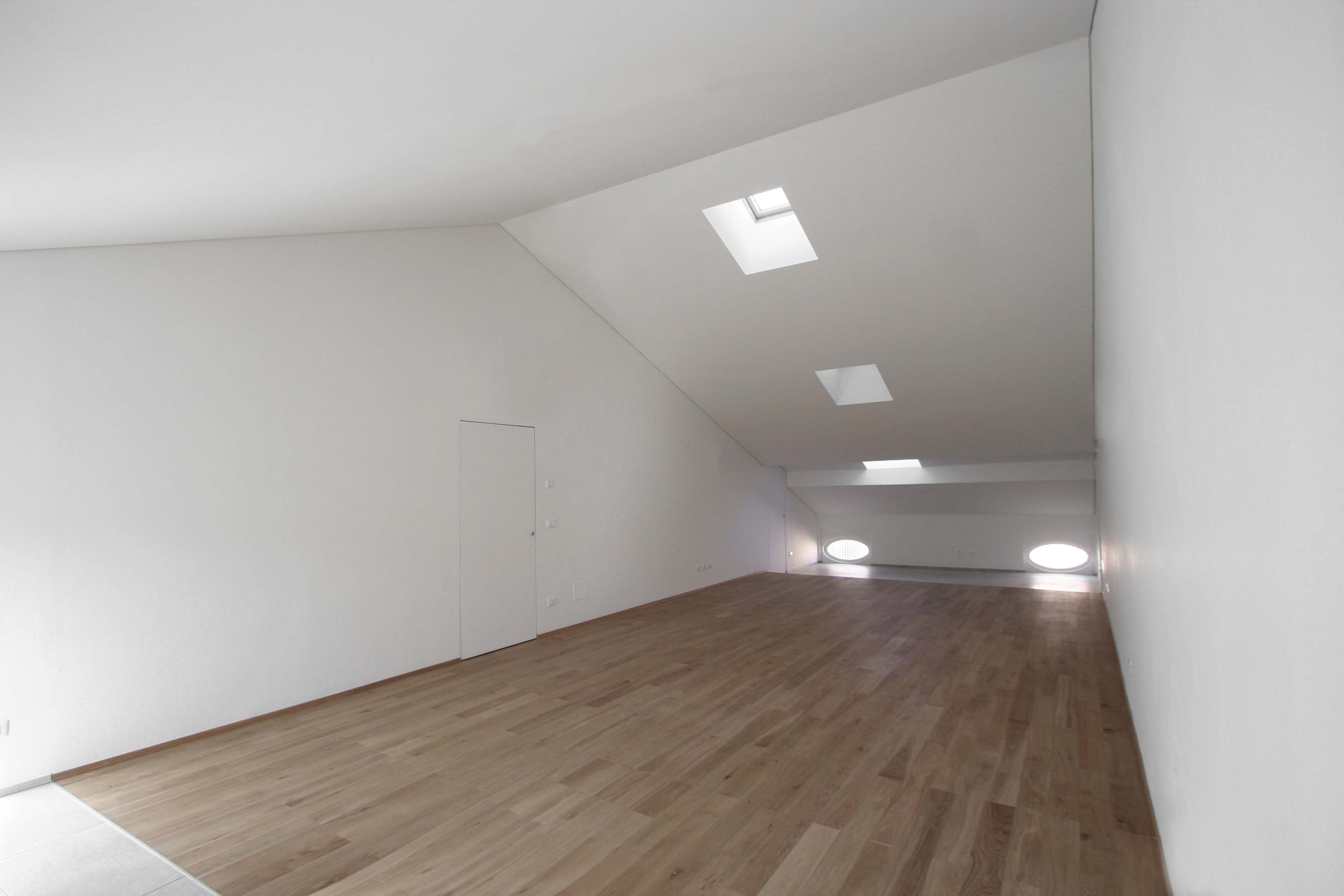 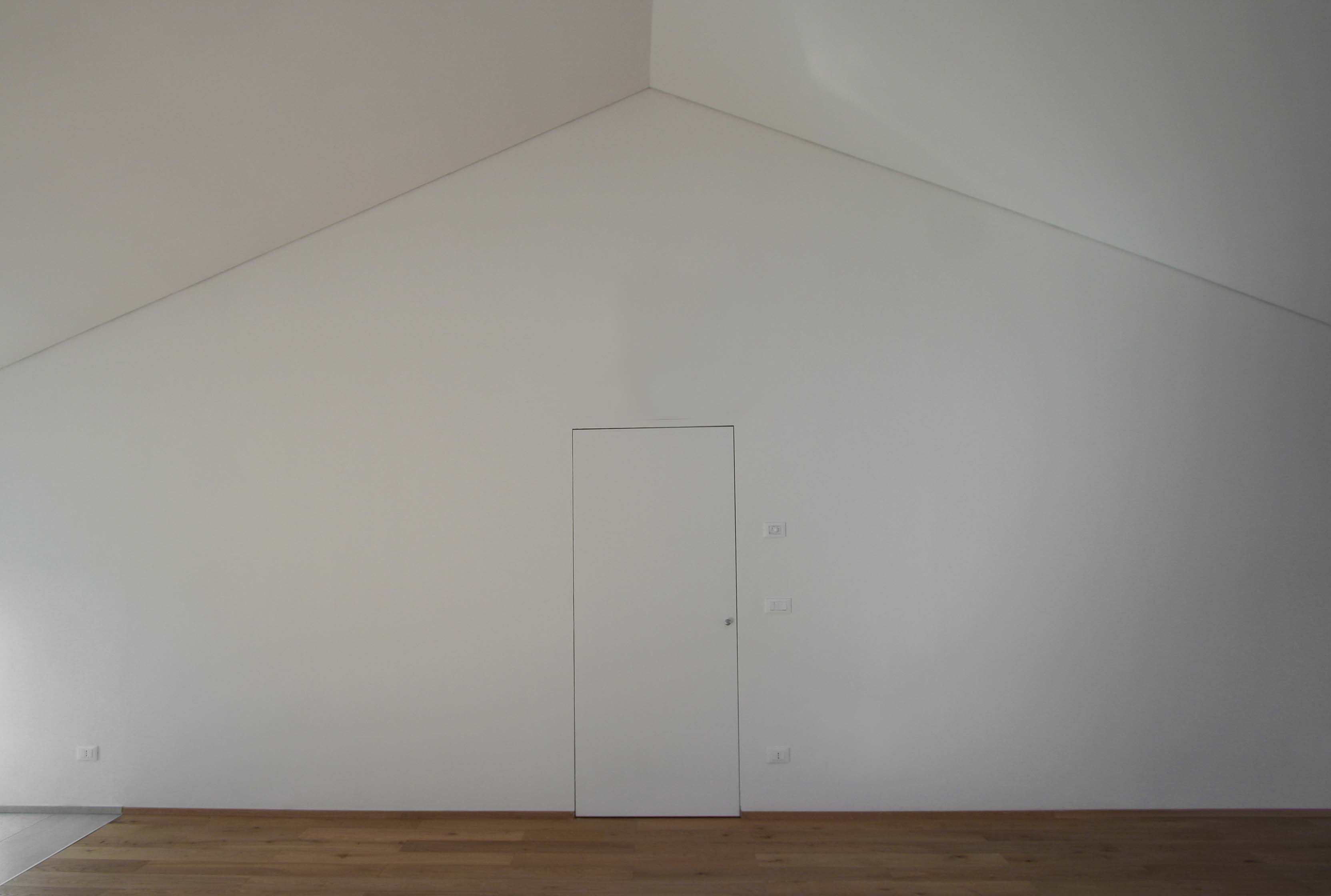 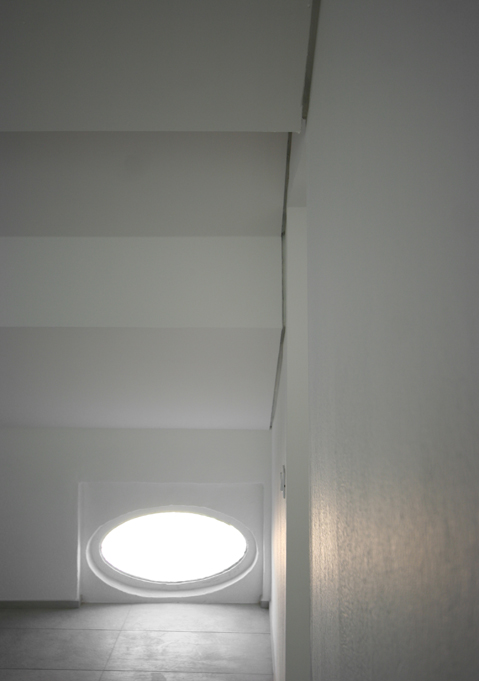 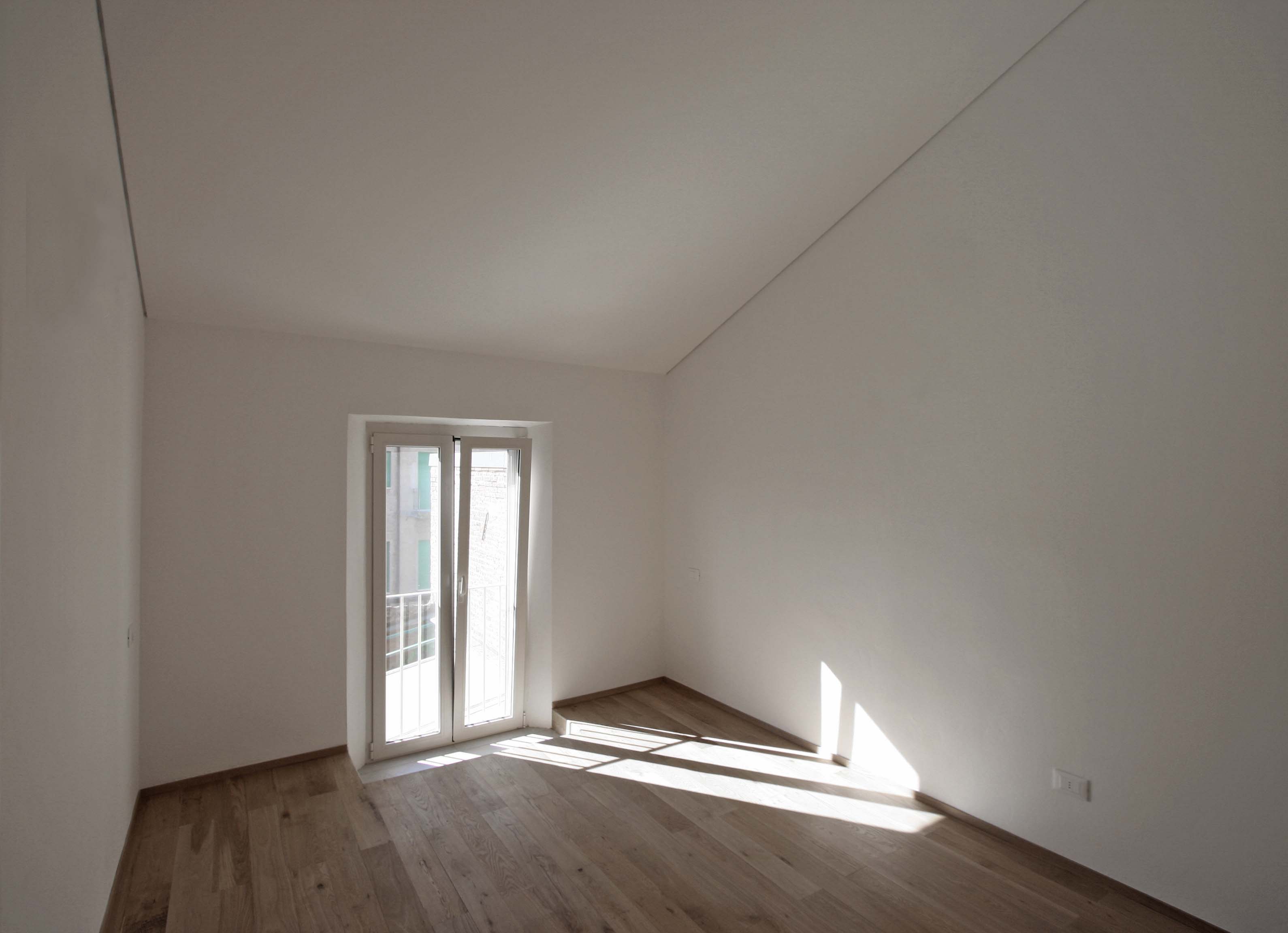 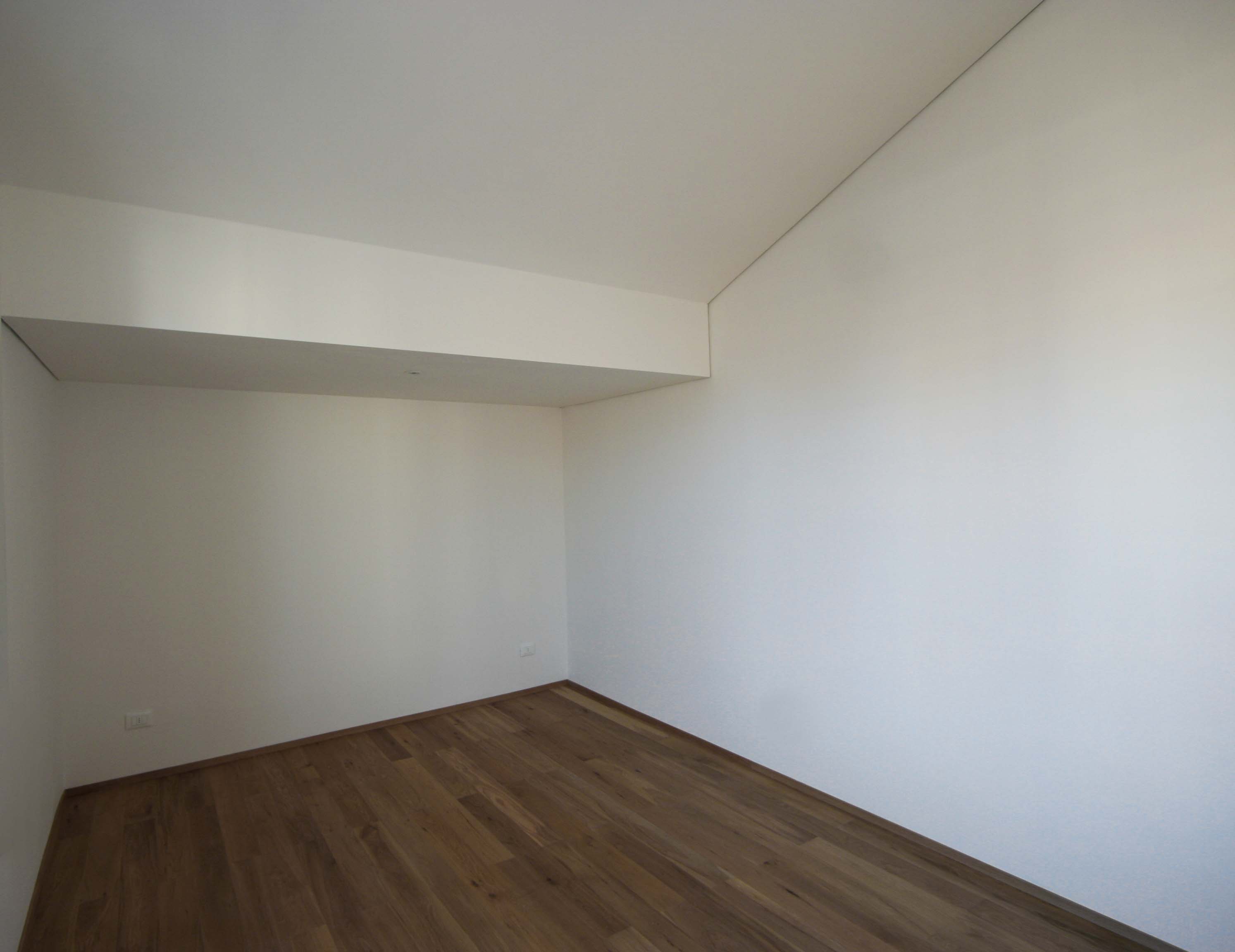 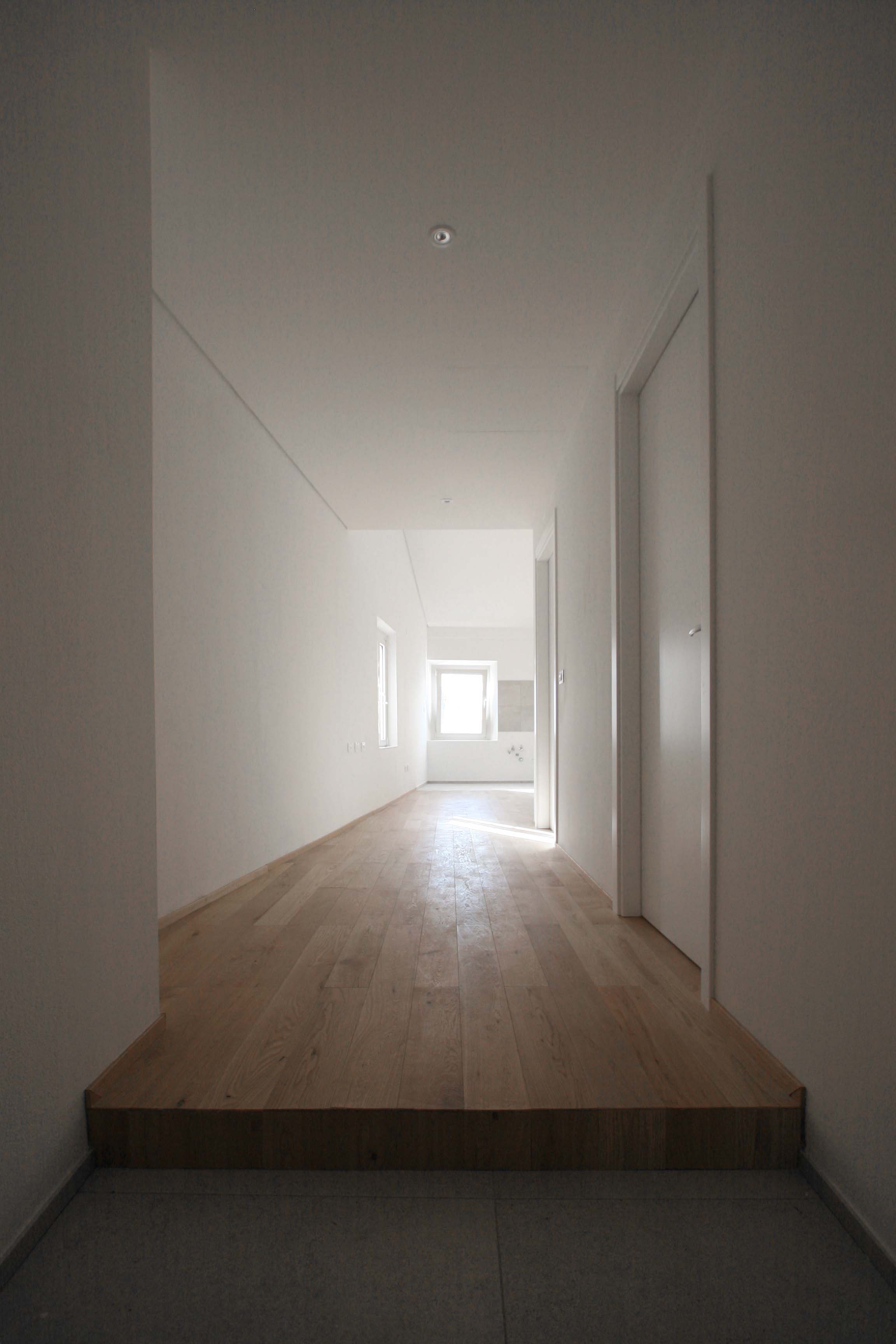 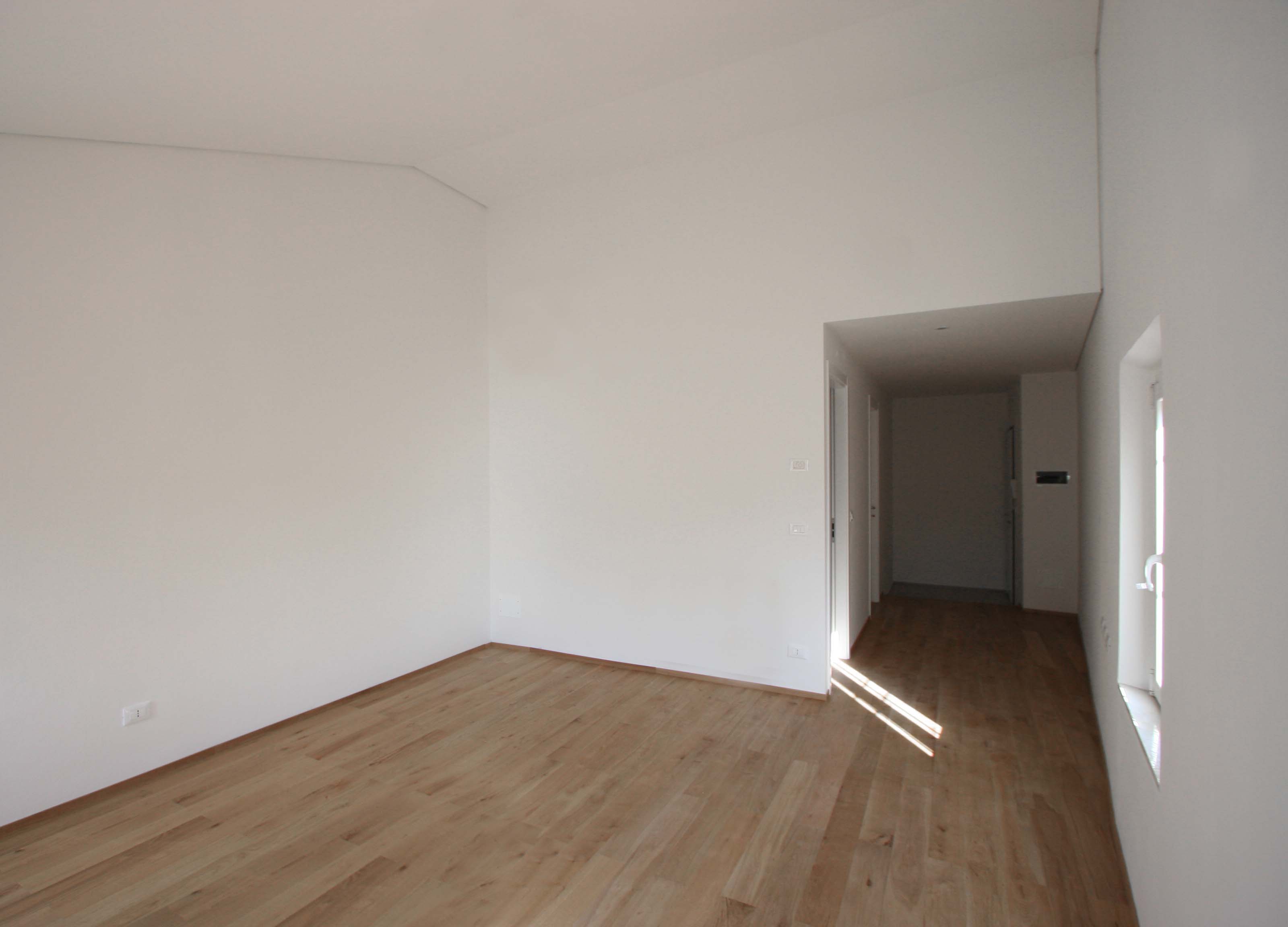 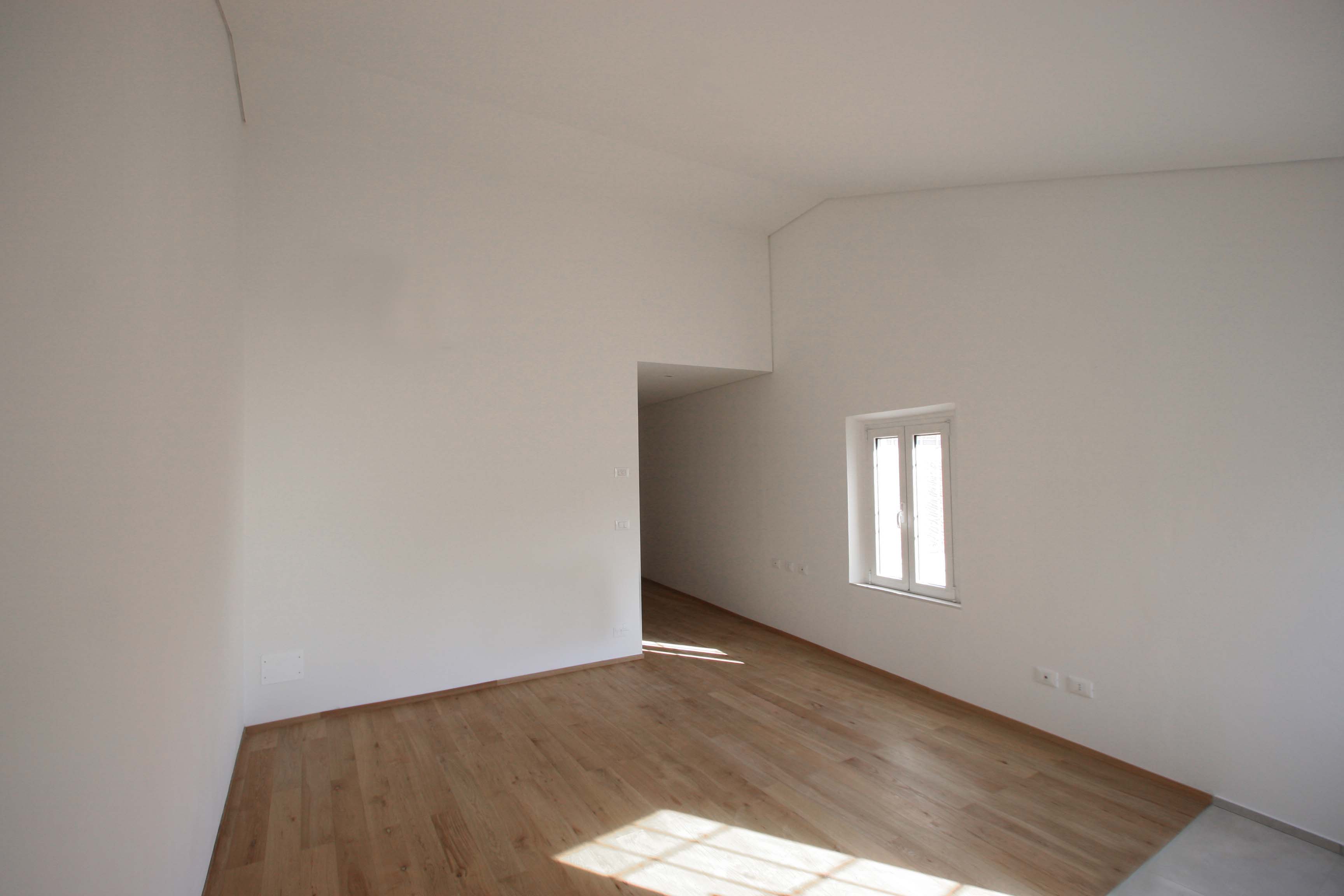