IT EN
RED DIAMONDS
Municipal building in Tolentino
Through an analysis of the architectural morphology of the town of Tolentino has emerged a skyline that is going to shape along the multiple pitched roofs with different slope and then rise at times with towers and steeples of great architectural value (Basilica di San Nicola XIII sec. Rancia E Castello 1357).
With the new design proposal has attempted to expand this morphology until the urban area of the city (the competition site) classified as industrial trying to integrate the morphological lines of the old town.
A single line, a single material that in their minimality go to create three towers linked together as three large red diamonds: this is the new proposal for the new building for the municipal offices.
Three towers distinct and clearly visible that are connected to each other by means of two filters fully glazed window with opaque surface (volume marked in orange). Access to the building for the public and for workers is from municipal areas of intersection (filters) between the 3 towers (areas marked in red) in the middle of two entries (AB) that lead directly to a large hall d 'input that is directly connected to two blocks escalator / elevator leading to the subsequent plans. The entrance hall also allows the connection for employees to storage areas and locker rooms.
Technologically, the building is classified as passive because thanks to a careful study of the south façade and cared for the heat supplied by the contribution by means of 2 large solar greenhouses (facade tower A and C) and an area photovoltaic (tower facade B), can cover all the energy needed for winter heating, production of electricity and hot water production.
skyline 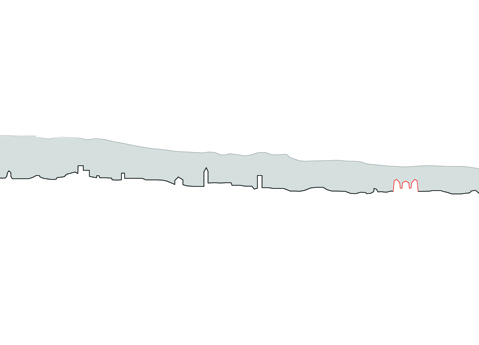 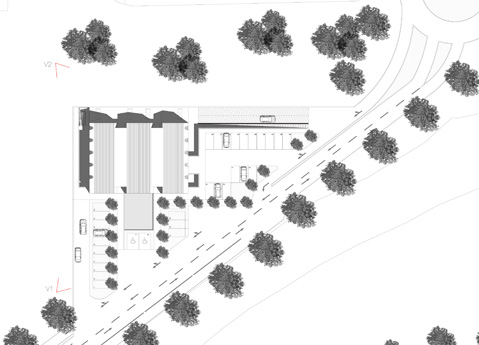 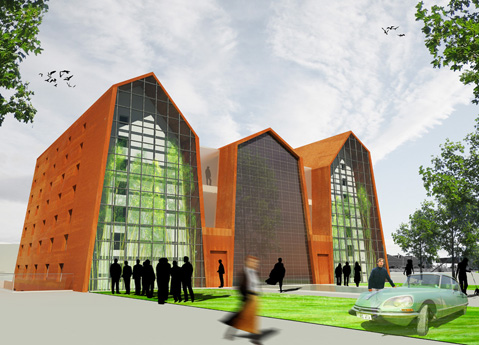 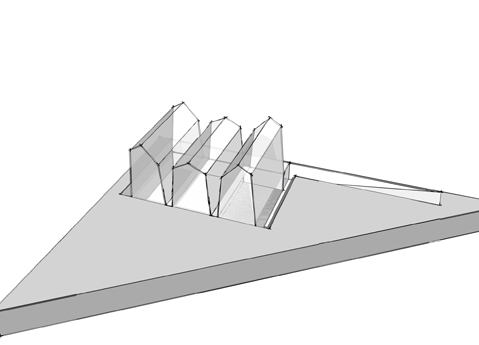 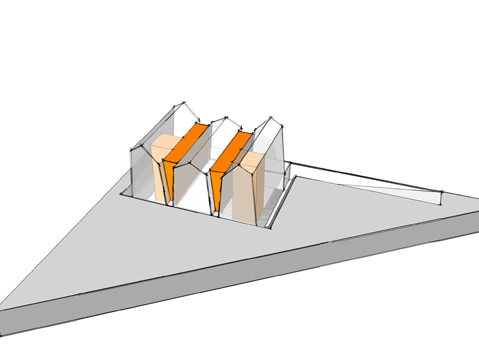 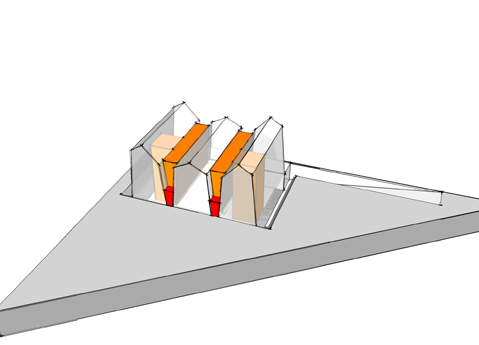 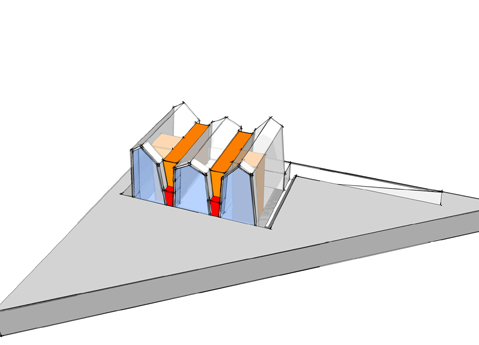 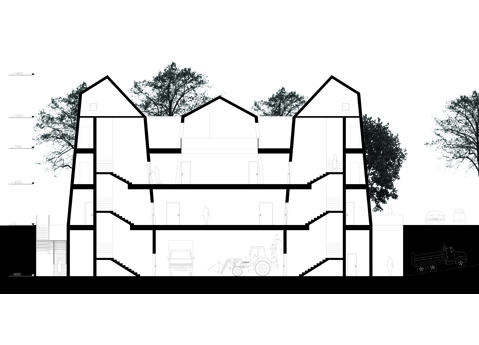 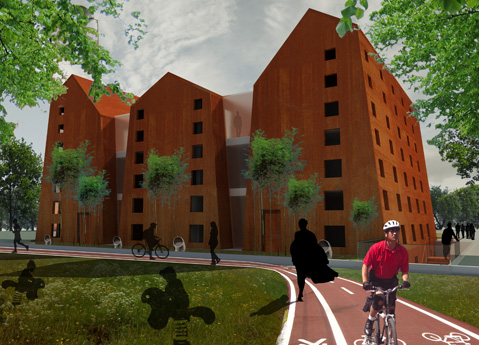 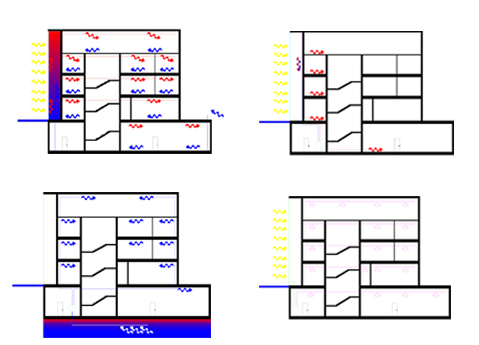 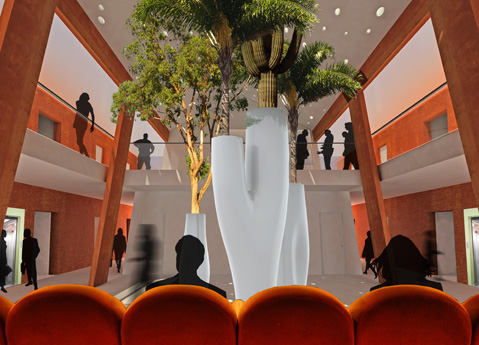