IT EN
EISKEILE
Kindergarten in San Giorgio of Brunico
The intervention area is located in the district of Brunico. San Giorgio, the place of the competition, is part of a mountain landscape, and remains one of the most ancient inhabited of Sudtirol proofed by the existence of the rovins of forts. The pragmatism of these territories is known as the school space it can be regarded not just as a physical body, but as an educational space, aggregation and protection.
The quality of architectural spaces depend from many factors such as the shape of the spaces, their organization, the set of sensory perceptions related to the light, the colors, the sounds, the tactile suggestions.
It is therefore proposed a project that reflects in its shape the concept of the typical architecture of the place, that is of castles which have as a characteristic a defensive wall which surrounds and protects the buildings.
The project idea is about an architecture that develops from a security wall which designs the line roofs of the volumes placed inside of it, obtaing sharp shapes. The intent is to bring back to the mind large ice wedges integrating the architecture design with the surrounding landscape. The courtyard with its holes has the task to permeate and communicate the life of the school with the outside and at the same time confer protective sensations for the children.
The distribution system consists of five volumes with large windows facing respectively four green areas. Three volumes belong to the kindergarten, one to the kindertagesstatte and one to the kitchen. All the buildings are connected together by a volume with two floors which acts as a hub, which takes the value of a recreational space that both formally and social, combines the various activities of the schools. Every single building has inside a section with the a gruppenraum with garderobe, connected to an outside adjacent green area. To stimulate sensory perceptions each section has been designed with a different color scheme. Outside the courtyard, beside the road, take place a stair comeing from the underground parking and the driveway area to get to the store room kitchen.
contestualizzation 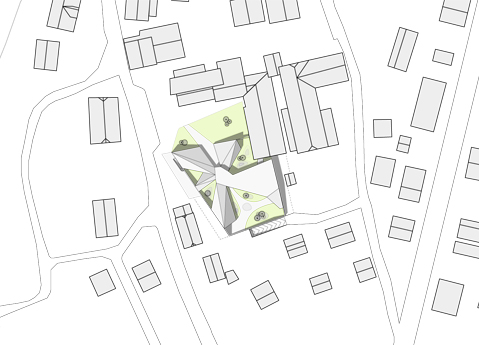 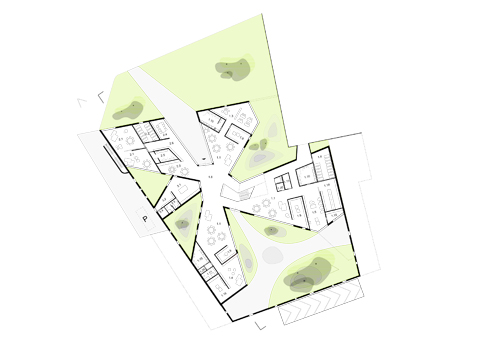 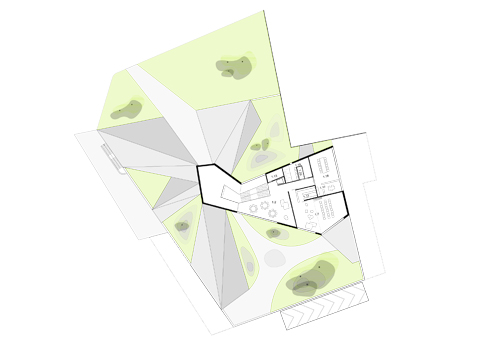 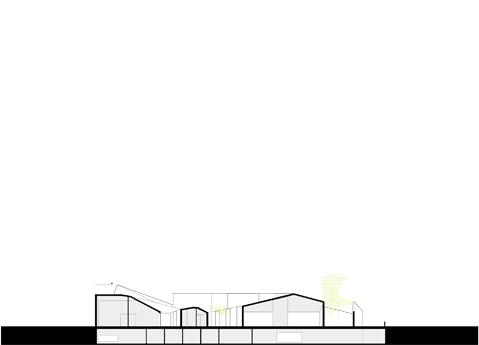 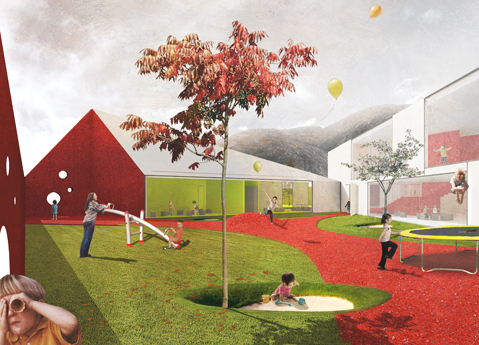 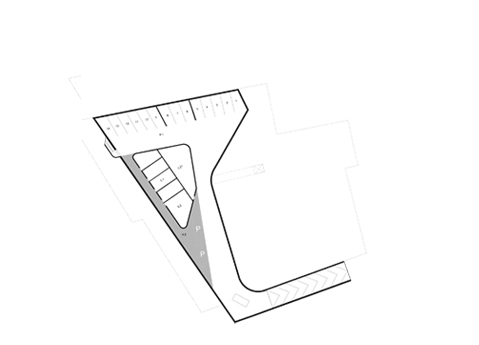